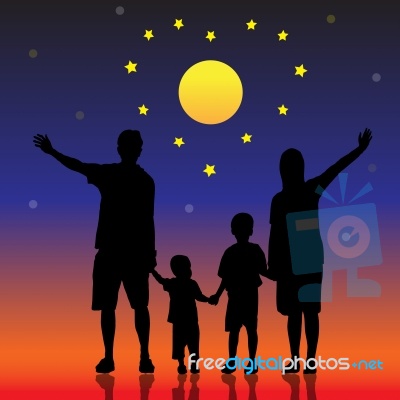 The world sure need’s to learn fast about the importance of a positive family climate.

There is very good reason why this needs to happen

1.Breakdown in family relationships have an effect on human health. Societies health systems are extremely costly to run.  And mental health issues is a huge ongoing issue

3.Breakdown in family relationships prove costly to society at large. When wider aspects can include a number of ongoing unsociable issues . Possible resulting in huge costs involved in court proceedings and/or jail term’s .

The reason’s above, is just three reason’s i can quickly think of. In regards to explaining why need of a positive family climate, is an important issue.That modern society should really need to be made far more aware of.Later on in this post, i also hope to be able to show a number of scientific type studies, that help back-up and prove details of the high importance of a positive family climate.

But fist id like to remind people again. About the UK charity commission’s refusal to agree to issue tax relief and charitable status. To a group known as the Exclusive Brethren (lately busily involved re-marketing themselves as the Plymouth Brethren )- (cited within law of fair use)

“MPs are demanding an inquiry into the Charity Commission after the watchdog banned a Christian group from charitable status on the grounds that religion is not always for ‘public benefit’.

More than 50 MPs from all the main parties have signed a Commons motion calling on the charity regulator to think again, amid fears that hundreds of religious groups could be stripped of their tax-exempt status, threatening their very existence.

They accuse the Charity Commission of ‘politically correct bias’ against faith groups after it ruled that the Preston Down Trust of the Plymouth Brethren Church – which has 16,000 members across Britain – is not entitled to charitable status because it does not do enough good works in the community.

MPs say the ruling is ‘outrageous’ because it ignored the way the group, which has enjoyed charitable status for 50 years, runs soup kitchens for the poor and hospital visits for the sick.

Tory MP Robert Halfon said: ‘There is something rotten in the Charity Commission. I cannot understand why the Brethren, good people who do so much in their communities, have been singled out.”

Lets take a look again, at one particular thing what modern wisdom of the charity commission’ has finally “grown-enough-ball’s“, to point out.

“religion is not always for ‘public benefit’ “

The world need to quickly learn how very true this is.Fact is some religious practices have actually been of “public detriment“.

The inquisition’s . Burning people at the stake . For instance

And forms of religious tyranny. Like religious cults use. Do add-cost’s to general society . Via the detrimental harm done though causing family breakdown.

Some of these MP’s making the demands in the article i cited above(www.dailymail.co.uk) . Either are a little misinformed . Or maybe? don’t care so-much, so long as they still get enough votes. Or something

Because it’s very true. Religion is not always for ‘public benefit’

I mean a religion can be running

“soup kitchens for the poor and hospital visits for the sick.”

How does ? that help make it ok . To have also been involved in splitting up families. To have helped cause a number of suicides. Broken marriages.Even caused need of a number of fatherless /motherless/brotherless/sisterless children

I say.Maybe the world needs to really wise-up real quick to these sorts of rip-off religious folk.They have been busy “pulling the wool” over people eyes.For many generation’s already.And its in the very least, partly why our societies are full of big problems.

Science has done plenty of studies already that help show the sort of detrimental harm caused via family breakdown. Caused by an un positive family climate

I will point out a couple of studies below

A Positive Family Climate in Adolescence Is Linked to Marriage Quality in Adulthood http://www.sciencedaily.com/releases/2013/01/130131120910.htm

While research has demonstrated long-term effects of aggression and divorce across generations, the impact of a positive family climate has received less attention. Psychological scientist Robert Ackerman of the University of Texas at Dallas and colleagues wanted to examine whether positive interpersonal behaviors in families might also have long-lasting associations with future relationships.

Greater levels of positive engagement at the family level in adolescence also predicted more relationship satisfaction for both partners.

At a basic level, the findings suggest a link between the family climate in adolescence and marriage quality later in life. The fact that these effects seemed to extend to participants’ spouses was especially interesting.

End quote (note i only posted pieces of study 1)

We gathered self-report data on childhood environment, trauma history, and adult resilience and positive affect in a sample of 971 African American adults.

We found that positive CFE was positively associated with higher levels of resilient coping and positive affect in adulthood after controlling for childhood maltreatment, other trauma, and symptoms of posttraumatic stress disorder. We did not find a direct effect of OXTR 53576 on a combined resilient coping/positive-affect-dependent variable, but we did find an interaction of OXTR rs53576 with family environment.

Our data suggest that even in the face of adversity, positive aspects of the family environment may contribute to resilience. These results highlight the importance of considering protective developmental experiences and the interaction of such experiences with genetic variants in risk and resilience research.

End quote ( I’ve only posted pieces of study 2 , as well)

There is a number of scientific studies around now. That can help show the detrimental un positive effect of family breakdown. I’ve pointed out two studies here. If people are willing to search. Little doubt they may find more.

I’m no scientist. I’m not even highly educated either . Fact is i left home and school early in life. But i cant help thinking maybe? study 2 might even touch on the issue’s of effect on epigenetic  . (maybe someone else can? explain)

Below is a couple of links to help explain epigenetics.

I happen to know from my own personal experience. About the full-extent of detrimental harms caused, via un-positive family climate caused via cults whom choose to split and divide family. I’ve seen/experiences the full-extent of damage done within my own families relationships.And i know a number of other ex-cult members ,who can also back-up these sorts of experiences .By their own experience

And our ongoing health issues have also been well-documented ,within doctors and hospital records.

But also,helps cause cases of broken marriages (that thus back-up the conclusions being made within these scientific studies above). We have break-downs happening within our ongoing ability to be able to form good relationships with our offspring, as well. (this seems to be pretty-much the sort conclusions being made in studies-above)

These issues can be backed-up by loads of personal evidence ,that can be provided by ex-cult/closed-group members. Whom have all experienced the detrimental harm caused by forms of religious tyranny

Yet for many generations.Up until now. Our governments have been freely issuing these abusive cults/closed-groups . With tax breaks/charity status .

For many generations like a large shoal of stunned mullet. Our governments have all merrily danced-a-wee-jig , to these abusive-cults tune. Handing them big-wads of public money. To cause ongoing detrimental harm to people. Which the general public would then also need to try and find ways to pay for . Within the public health system’s

And also within any ongoing costs involved in marriage-breakdown/sole parent benefit’s . Plus any ongoing criminal issue’s arising from offspring born to ex-cult members ,whom by then lacked knowledge of good parental-skill’s.

The general public has been warned

Because. The science-study is readily available. To help prove how costly this religious tyranny really is.

Its high time the general public . Decides for itself,whether it really want’s it’s tax-money being spent, to continually help cause loads of ongoing harm and cost.

And if they don’t want to pay. Then people need to get out there. Visit their local MP . And make damn-sure their MP’s know, whats-what

Because lets face it .We know by now. Harmful closed-groups, like the Exclusive Brethren cult group . Are not so-likely to care to stop wasting your taxes.

(material above cited within law of fair use)

I'm a agnostic/atheist . Interested in learning more about science. I also am an "ex-member" of a group most publicly known within modern times, as the Exclusive Brethren. Whom are an off-shoot of the original Plymouth Brethren group. I'd say it likely my personality could possibly be described as quirky.You know ,as in being , unconventional , unorthodox , unusual, off-centre, strange, bizarre, weird, peculiar, odd, freakish, outlandish, offbeat, out of the ordinary, bohemian, alternative, zany I'm sure iv'e been classed as "crazy" . Many times But then, being born into a group like the exclusive brethren. Doesn't lend itself ? to tend to produce things considered as being "very normal" .Does it I escaped the Exclusive Brethren cult as a 15 year old teenager. Even since that time iv'e been trying to adjust to living life outside the cult. With much of my life being lived within the genre of "wild colonial boy" style. In the general sense of a church-rebel picking and choosing from role models who appeared within-life along the way. But as the exclusive brethren cult had traditionally maintained a general church-rule , of need to shun and totally excommunicate any ex member of their group.Treating such people as if they were dead. Thus this situation developed more to do with my need of following traditionally enforced church-rule , as apposed to it being so much about "life-choices". Certain emotional experiences, and parts of life in general, have led to me adopting a sense of low self esteem. Which is a situation i still deal with from time to time. Through my ongoing interest in science. I find i am able to gather more information to help me better understand my situation. Much about life for me, has often seemed like a massive puzzle.With many missing pieces.
View all posts by ExEB →
This entry was posted in Politics, Science and tagged Abusive Cult, archbishop of Canterbury, Bible, Charity Commission, Christian Schools, Christianity, Exclusive Brethren, God, Government, Jesus, Neuroscience, Plymouth Brethren, Pope Francis, Priests. Bookmark the permalink.