Everyone is personally responsible to God

Everyone is personally responsible to God as to what they practice and believe.

And if God doesn’t exist (which according to evidence available,still seems most likely)

The believers will not be held responsible ,to anyone, for the cost of the bullshit they had helped to propagate

So much for accountability then huh ?

Chances are that there is already another world war on the way.And if that wont be enough to help destroy a whole lot of life on earth, then there will still be large problem of global warming to still deal with.Fast gathering momentum of extinction of species that could then help cause a domino affect as well too, with regard to following roll-on extinction of other species that could then also die off through loss of habitat and food resources they need themselves to survive

This wont be the first mass extinction that has occurred here on planet earth .But possibly will be the first one to occur through assistence of widespread  stupidity of man kind

However these scary situations with dire consequence, are also not totally unexpected situation to develop either, when we consider how a vast majority of earths human population have long been continually coerced into believing that some higher being (God) is ultimately still been constantly in control of all things 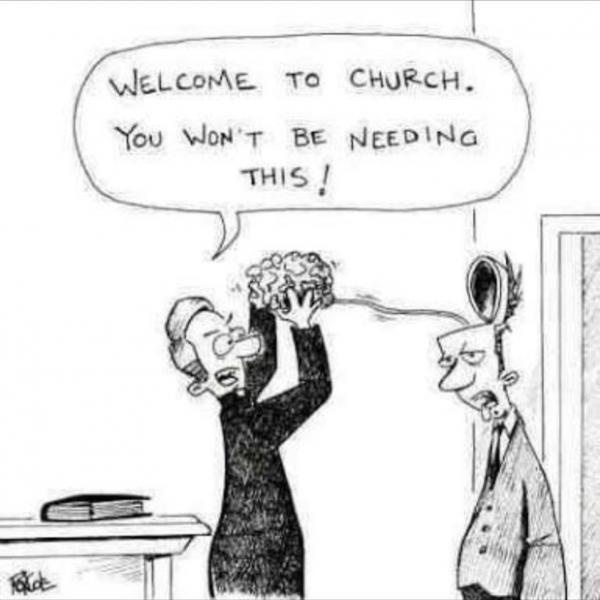 Case in hand : PeterF     Posted: Wed Nov 08, 2017 10:37 am , likewise this man has already wagered his bet.Placed his bet on a horse that as yet, even after billions of years have passed by, still remain totally unproven in regard to actual existence

Which would be kind of comparable, in mentality stake, to someone continually intent on wagering a bet on a horse running in the Melbourne cup.For billion of years.Even if the race had never ever as-yet been seen to either start or finish.And even worse, there was nobody who could even be sure if such a thing as a horse had even actually ever existed either

Meanwhile they overlook the glaring problem, that it just might be, that those busily promoting the idea of humans being accountable to God, might in fact be those people actively involved in the most distasteful action .

And even worse, these people may then also actually have very little to lose (themselves,never mind thinking about a whole lot of other people who perhaps do have lots to lose) in their act of taking part in doing so either. Seriously considering that there may indeed very well be no after life and therefore also nobody to ever be able to hold them to account for their own action of involvement in promoting this most distasteful deed

Humans love to believe they are above animals.Better than animals.Like living with the idea that human intelligence is far superior.And yet in the long run, it might pan-out that human intelligence could in fact end up being highly harmful to the future existence of every single living being that has evolved to survive here on planet earth

Through willful promotion of ignorant stupidity

Will most likely continue to occur, because humans happily live like sheep.Sheeple people (5 percent lead, the rest just will follow the lead along behind the leaders, while not even bothering to think much about issues that really do need to matter.Because doing so,living like that, uses far less of their own energy.So therefore they choose to remain lazy,mentally.Faithfully leaving thought-exercise up to other people,continuing the cult- lifestyle of believing their leaders will obviously care enough to  lead them the right direction)

This is “superior human” intelligence?

A prime feeding/breeding ground for widespread cult like lifestyles. Perfect habitat for a brainless breed of being that wager on an idea of eternity, even at the ultimate cost of willingly helping to destroy life as it actually exist in the present moment

Everyone is personally responsible to God as to what they practice and believe. It is not for me or anyone else to interfere with a persons belief and practice, unless it is a risk to others, although some here think otherwise.

Well good luck, with proving how there is no risk to others then?

Perhaps you overlooked it ?.Far preferring to do so (overlooking the obvious is generally a very blatant widespread cult like mentality)

Skeptic and groups of humanitarian,worldwide, are now those folk who are in fact actively  stepping up to the mark, now deciding it time there is need for themselves to “actively” interfere

As there now really seems little use, in continually waiting around any longer,banking  on faithful-hope of believers assistance?

Sadly the believer response,we should perhaps pretty much now almost know to always expect, might likely be to the effect

In general we are all wasting our time and energy but for some with no other public discusion venues this serves a purpose.

There is very adequate support through this site and other avenues if any wish to escape.

IE: Don’t bother to take interest so as to waste “your own” time.Ability to escape tyranny is already sufficient enough (Cult members fearful of losing family, or Jews held by Hitler, might tend to argue that ability to escape should never be seen as morally sufficient?)

Believers who choose to retain right of involvement in acts of degrees of religious tyranny.Wont be so-likely to ever agree?. Perhaps wont even allow themselves, to ever even see, that there is in fact need for more active interference

I'm a agnostic/atheist . Interested in learning more about science. I also am an "ex-member" of a group most publicly known within modern times, as the Exclusive Brethren. Whom are an off-shoot of the original Plymouth Brethren group. I'd say it likely my personality could possibly be described as quirky.You know ,as in being , unconventional , unorthodox , unusual, off-centre, strange, bizarre, weird, peculiar, odd, freakish, outlandish, offbeat, out of the ordinary, bohemian, alternative, zany I'm sure iv'e been classed as "crazy" . Many times But then, being born into a group like the exclusive brethren. Doesn't lend itself ? to tend to produce things considered as being "very normal" .Does it I escaped the Exclusive Brethren cult as a 15 year old teenager. Even since that time iv'e been trying to adjust to living life outside the cult. With much of my life being lived within the genre of "wild colonial boy" style. In the general sense of a church-rebel picking and choosing from role models who appeared within-life along the way. But as the exclusive brethren cult had traditionally maintained a general church-rule , of need to shun and totally excommunicate any ex member of their group.Treating such people as if they were dead. Thus this situation developed more to do with my need of following traditionally enforced church-rule , as apposed to it being so much about "life-choices". Certain emotional experiences, and parts of life in general, have led to me adopting a sense of low self esteem. Which is a situation i still deal with from time to time. Through my ongoing interest in science. I find i am able to gather more information to help me better understand my situation. Much about life for me, has often seemed like a massive puzzle.With many missing pieces.
View all posts by ExEB →
This entry was posted in Politics, Religion and tagged archbishop of Canterbury, Atheism, Bible, Bruce Hales, Charity Commission, Christian Schools, Christianity, Christians, Church, cover up, Cult, Exclusive Brethren, Faith, Faith Abuse, Federation of Centres of Research and Information on Cults, freedom of religion, God, Harvey Weinstein, Hush Money, Jesus, John Howard, mainstream Christians, Mind control, MIVILUDES, Peebs Net, Plymouth Brethren, Pope Francis, Priests, Religion, Religious Abuse, religious liberty, Renton Brethren, Rudy Salles, Sex Abuse, Word of Faith Fellowship, World Religion News. Bookmark the permalink.