What is wrong with ex-Peebs!

I don’t understand why so many ex-Peebs are reticent to get involved in fighting against a foe that has ruined their lives to some extent. Despite the most glaring of events, evidence and facts, they soldier on in silence. (Apart from the usual vocalists – myself included. Who most people are sick of hearing from.)

Somebody somewhere has gone to great expense and time to set this website up.

It is our only conduit of facts as they occur and information on this evil little cult that destroys people’s lives. A cult that has more changes in direction and compromise in its integrity that any other.

Get this conduit of fact abishag. Cults of differing degree’s that can and do wreck people’s live’s, are still fairly widespread.Are not at all illegal.So much so in fact, that they are still also thought of as being nothing so far out of the ordinary

Not out of the “ordinary” Abishag

You want your family back?. You feel like you didn’t deserve to have your family life ripped off?.Wasted away by the wind of time?

But consider this.You are most certainly not the only person around who has also been dealt with this same hand of cards in this world

This is what perhaps should by now be most interestingly important to you (IE: the plight of so many other folk)

It goes without saying

There is bound to be a cost to this evil .

What makes you feel that you shouldnt be someone paying the price of this bullshit?.

Lets face it Abishag, if you had of not been served with this unfair hand yourself. Then just like billions of other so called Christian around this world, like them folk, you also probably wouldn’t be losing much sleep over this issue either

The only reason you care to get upset.Is due to the fact it happen to harm you personally

This there is the root of this problem Abishag

In the most part, quite obviously, folks have only been caring to feel concerned about things effecting themselves personally

This is the full depth of the lowliness of this evil.Being revealed unto you through experience of your own very personal  pain and suffering

Why shouldn’t you be one of the unlucky few getting dealt this unfair hand?

Via unfair laws built on foundation of lies of so called religious freedom/religious liberty that in actual fact amount to no more than bullshit that serve to help appease so many so called real Christian conscience ,right around the world today ….. Globally

Then you, like so many billion other so called real Christian… Also wouldn’t care less to be giving a damn about who else it does affect …either ?

This is the root of this evil we suffer from Abishag

When the issue runs so far deeper

And specially when you wouldn’t personally care less, about how many other different folks are also dealt the same unfair cards of being forced to need to suffer too, in plenty of other religious groups actively involved in tyranny

This is the real evil root of this problem

Real Christians don’t start to give a damn, themselves, unless they might just happen to also be someone else who’s unlucky enough to be dealt a bad hand in life

Evidently Jesus was most concerned about people other than himself https://en.wikipedia.org/wiki/Cleansing_of_the_Temple

Real Christians worldwide are obviously not following in the footsteps of Jesus?

Jesus didn’t worry about how the den of robbers “might affect himself”. 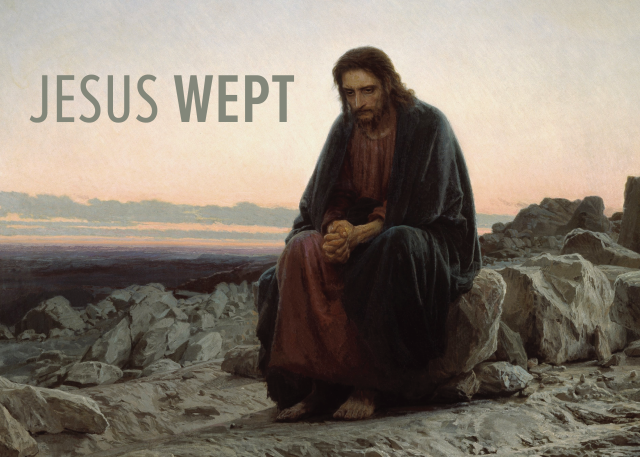 So.Next time you go to church with the so called “real Christian” Christian congregation people

This is the root of this issue. Christians worldwide have allowed robbers to have the right to decide to rip people off

What makes you suppose that you shouldn’t happen to be one of the unlucky ones ?

Sadly, there’s evidence , that suggest folks would only really see good reason to need to care, so long as it involve their own lives that are being affected personally .

So it seems you’re nearly there, in your re-integration with the world. Except one thing. For some reason in and out families are still forbidden to have anything to do with each other. Weird! Of all the worldly people out there, most of whom you will now associate with, surely families are the most precious and should have the highest priority?

So, just one more step Bruce, sever the barrier that was implemented in 1959, and I’m sure you’ll even earn brownie points from within as well as without.

Then there’ll be no need for this website, and no need for you to pay someone to monitor it for you!

Go on, just one more step. You can do it! You know you want to!

Sadly.People who had lived life long before ourselves, would also have seen things much the same way as this phenomena as well too.Therefore few people would have ever even thought to care less, unless perhap something happen to unluckily affect “themselves personally”

This phenomena is bound to become far more prevalent as well too,within a world so widely populated by believers, people who therefore are also more inclined to also see human life on earth, as merely being like the mere beginning of life (thus eternity being seen as the continuation of this life.A idea that still remain unproven to this very day.Our eartly lives have been wagered with on the bet that perhaps an eternity might exist)

And when life on earth has been allowed to be devalued in this reckless un-thoughtful manner.

This then has then been allowed to become the most highest evil, of all evils

I'm a agnostic/atheist . Interested in learning more about science. I also am an "ex-member" of a group most publicly known within modern times, as the Exclusive Brethren. Whom are an off-shoot of the original Plymouth Brethren group. I'd say it likely my personality could possibly be described as quirky.You know ,as in being , unconventional , unorthodox , unusual, off-centre, strange, bizarre, weird, peculiar, odd, freakish, outlandish, offbeat, out of the ordinary, bohemian, alternative, zany I'm sure iv'e been classed as "crazy" . Many times But then, being born into a group like the exclusive brethren. Doesn't lend itself ? to tend to produce things considered as being "very normal" .Does it I escaped the Exclusive Brethren cult as a 15 year old teenager. Even since that time iv'e been trying to adjust to living life outside the cult. With much of my life being lived within the genre of "wild colonial boy" style. In the general sense of a church-rebel picking and choosing from role models who appeared within-life along the way. But as the exclusive brethren cult had traditionally maintained a general church-rule , of need to shun and totally excommunicate any ex member of their group.Treating such people as if they were dead. Thus this situation developed more to do with my need of following traditionally enforced church-rule , as apposed to it being so much about "life-choices". Certain emotional experiences, and parts of life in general, have led to me adopting a sense of low self esteem. Which is a situation i still deal with from time to time. Through my ongoing interest in science. I find i am able to gather more information to help me better understand my situation. Much about life for me, has often seemed like a massive puzzle.With many missing pieces.
View all posts by ExEB →
This entry was posted in religious tyranny and tagged archbishop of Canterbury, Atheism, Bible, Bruce Hales, Charity Commission, Christian Schools, Christianity, Christians, Church, cover up, Cult, Exclusive Brethren, Faith, Faith Abuse, Federation of Centres of Research and Information on Cults, freedom of religion, God, Harvey Weinstein, Hush Money, Jesus, John Howard, mainstream Christians, Mind control, MIVILUDES, Peebs Net, Plymouth Brethren, Pope Francis, Priests, Religion, Religious Abuse, religious liberty, Renton Brethren, Rudy Salles, Sex Abuse, Word of Faith Fellowship, World Religion News. Bookmark the permalink.