Indifference is the enemy (Mark II)

The amount of suffering perpetrated through indifference is immense, and has no boundary

Consider that even continuing suffering what happens within realm of religion, is all due to an overriding element of indifference too

Why use the word overriding?. Because ,it happen due to overriding influence of believers who feel that their craving for eternal life, would matter more than what less suffering within this life would matter for a whole heap of people of whom are suffering badly due to harmful effect of this craving

Some fellow ex eb have been making these following comments, in regard of question as to why the charity commission wont intervene

Good thinking Jill. Why oh why do the EB aka PBCC feel the need to use expensive lawyers and go through these lengthy money sucking ordeals? I remember about 40 yrs ago here in NZ the EB used top Criminal Lawyers when it came to Child access cases. Where oh where do they hide their Christian side and Why oh why do they feel the need to hide it and to fight so viciously when someone disagrees with them? How can they call themselves Christians when they callously attack their own ex-members (some elderly) who show no threat to their membership.

It’s such a waste of money. Fine if he has done something wrong – but copyright!!?? really? Where!! And why take him to high court when a local magistrate’s court would suffice.

As you say Jill , communication is the key ! Message to PBCC or to which ever organisation or company that owns PBCC please act like normal human beings or can we say Christians and settle this dispute by talking .The way you are acting makes people attack you and all those responsible in PBCC who make these NON – Christians decisions to take innocent people to court . I know this because when I have met and talked to one of your own members this year , they have said to leave you alone and stop the attacks ! The only way to do that is for the PBCC is to stop treating EX members as though they are scum , and splitting families up and cause such terrible suffering in so many ways because of totally inhuman rules ? You have relaxed things now into allowing computers , lap tops , mobiles , television through the lap top etc etc and this means that you have moved on with the World , because you have had to to survive and do well with your businesses , but you still say you are separate from the World ? I would term that as being totally hypocritical and phoney and very insincere ?. Sorry to have to say these things , but you know it is very true ? We would welcome any comments from any of you members of the PBCC , and have a conversation at least online ? There is no reason for you not to reveal yourselves and give your name like we all do ! Be assured that we are not going to take you to court for being normal and human !

The first comment, seems to overlook the fact that even the Catholic church had acted indifferently too toward the people who had been sexually abused by Catholic priests .Didn’t it?. Their church also fought hammer and tong as well, so as to try and silence and oppress and therefore cover up the suffering what had been caused by the church (priests and hierarchy of which conspired together to hide the truth). I wish people (believers specially) would begin to cotton on to this fact. I don’t enjoy feeling like the pariah myself each time i feel i’d have to be stepping up to remind people again and again about this problem. My point is, the myth that there’s supposed to be some level of Christendom what had remained righteous and pure, is myth . A number of people who were sexually abused within the Catholic church, had died long before the Catholic Church had even finally decided it time to own up to what had happened. The other groups don’t have record what are so much better either. Perhaps some are likely worse (where were voices within Christendom, demanding that justice might be sped up)

The second comment, i can only wonder if perhaps the reason is possibly because they want to lessen the chance that their claim will be denied. A judge in a lower court might be more likely to feel prepared to err on the side of caution within judgments being made. Where as, higher court judges possible cannot afford to act quite so leniently. Perhaps they’ll have their higher court status to keep in mind?. Perhaps specially so too, when dealing with groups what are known for being cashed up, and for being unafraid of court proceeding ( IE: kind of = take care of their own skin

This again comes down to indifference as to suffering of others

Now, I have some doubt that many ex eb on ex eb Facebook group, will dare to actually want to discuss this. I can understand reasons why too. As its going to feel far to distasteful to do so. The same way in which it also feels to distasteful too, for exclusive brethren members to ever dare to openly discuss their own ghosts of what still remain stowed away within their own closet, also as well too

Religion is riddled with indifference toward suffering of other people

I dare anyone to argue im wrong. I also propose some of you certainly would do too, if in fact it were possible to do so?

You have no argument against my claim

Once again another element of indifference toward suffering of others

I don’t like to say it. I say it, because i fail to see what other better reason there are (im happy to listen to any)

Like the Church groups do, the commission is also perhaps paying some concern to protecting their own position as well too

All these groups would perhaps far rather to allow change to slip in slowly. Without creating waves what can then also become TOO OBVIOUS for ALL people to become AWARE of That way they can take care of their own main concern. Try to help themselves maintain their outlook of “righteous outstanding” so to speak . Kind of maintaining an element of pride

Plus ,perhaps they feel that they cannot be too bothered with things what might help to create too much more work for themselves

Do you think maybe so ?

After all,they are all only human too right?

I see a time coming, when pride will be cast aside . When all kind of suffering will matter 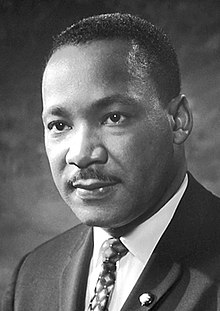 And indifference will then begin to be attended to even more

Where are the voices from within Christendom ?

They are not heard. There is silence all the while that these injustices are still not being dealt with.

The only time Christendom spoke up in any form of unity, of late, was when Christian were observed online feeling angry and ashamed about how Christendom looked bad due to Catholic exposed disgrace

They cared far more about how Christendom looks ?

Perhaps,most would have likely far rather that none of the disgracefulness had ever been able to be exposed. Who know

However we do know for certain

There were few among Christendom who had helped fight so as to see, that the injustices would in fact be exposed faster

So very unlike Jesus are they

I'm a agnostic/atheist . Interested in learning more about science. I also am an "ex-member" of a group most publicly known within modern times, as the Exclusive Brethren. Whom are an off-shoot of the original Plymouth Brethren group. I'd say it likely my personality could possibly be described as quirky.You know ,as in being , unconventional , unorthodox , unusual, off-centre, strange, bizarre, weird, peculiar, odd, freakish, outlandish, offbeat, out of the ordinary, bohemian, alternative, zany I'm sure iv'e been classed as "crazy" . Many times But then, being born into a group like the exclusive brethren. Doesn't lend itself ? to tend to produce things considered as being "very normal" .Does it I escaped the Exclusive Brethren cult as a 15 year old teenager. Even since that time iv'e been trying to adjust to living life outside the cult. With much of my life being lived within the genre of "wild colonial boy" style. In the general sense of a church-rebel picking and choosing from role models who appeared within-life along the way. But as the exclusive brethren cult had traditionally maintained a general church-rule , of need to shun and totally excommunicate any ex member of their group.Treating such people as if they were dead. Thus this situation developed more to do with my need of following traditionally enforced church-rule , as apposed to it being so much about "life-choices". Certain emotional experiences, and parts of life in general, have led to me adopting a sense of low self esteem. Which is a situation i still deal with from time to time. Through my ongoing interest in science. I find i am able to gather more information to help me better understand my situation. Much about life for me, has often seemed like a massive puzzle.With many missing pieces.
View all posts by ExEB →
This entry was posted in Christianity, Politics and tagged Bruce Hales, Catholic Church, Change the world, Charity Commission, Charity Status, Christendom, Christianity, Christians, Church, class action, Cult, Cult Abuse, Donald J Trump, Exclusive Brethren, Faith, Faith Abuse, Federation of Centres of Research and Information on Cults, freedom of religion, freedom of speech, Gloriavale, God, Jeff Sessions, Jehovah's Witness, Jesus, JW, litigation, Lord (Tariq) Ahmad, Lord (Tariq) Ahmad of Wimbledon, Mindfully aware, Mindfulness, Minister for Countering Extremism, MIVILUDES, Plymouth Brethren, Pope Francis, President Donald J Trump, Priests, Prime minister Jacinda Ardern, PTSD, Religion, Religious Abuse, religious freedom, religious liberty, religious liberty task force, religious tyranny, Renton Brethren, Rudy Salles, Sex Abuse, sex abuse cover up, Sheeple, Special Envoy on Freedom of Religion, Suicide, Theresa May. Bookmark the permalink.