F!@k being positive, be real

Yeah i agree . Humans have need to get real

Here below is a quote of the original post of face book among ex eb. Quote:

This is really hard to say as we come from the same cult.
However, I will bite the bullet.
Some of the content on here is despondent, navel gazing and retrograde and makes me wonder why some left, seriously!
Literally obsessed.
It is NOT cathartic it’s recreating your own cell.
Trapped.
Not moving forward.
Life is on hold because you can’t let go.
There IS no explanation that will resonate.
I don’t think “venting” is a good reason to be on here unless you want to be a negative force.
Do you REALLY want to analyse the teachings to prove why they’re wrong?
Spend a long time delving when you should BE LIVING.
YOU left!
Take that massive positive from the biggest thing you ever did in your life and move away.
Make 2020 better and further away from ANY influence.
Know your own mind and then you WILL find peace.
Bless you all.

As far Simon would seem to be concerned. Its about him. Or all about the lives of the ex cult members

Never mind how many “numbers of others” there are all around the world, who still remain captive of cults

Simon wants for life to seem “on face value” ,as if ,so long as the ex member can find a way so to move on themselves, and to find happiness for themselves, then this is about all that should ever have need to really matter

Nothing other than that … “matters”

As if. As if thats all that should matter … to people

Take care of yourself. dont worry about anyone else

I left the cult back in 1976. I pretty much already moved on “myself” too. Generally had forgotten about brethren. It wasn’t until the failed Brethren “review” arrived. That i was then re-introduced to the ongoing harm that had still remained a concern of day to day lives, of those whom had “still remained” captive within cult life

If Simon believes in God. Then Simon has need to consider that this God perhaps doesn’t seem to want for the ex eb members , to ever get to the stage in life,where by they’d be tempted to simply find a way in which to just move on

Chances are, that the only reason that these cult problem haven’t been attended to properly already

To the “numbers” of believers, who VERY similarly to Simon are also ALL able to simply find a way in which to walk away and move on

Why try to silence feeling of outrage

Perhaps because the outrage, causes Christian to then also HAVE NEED to begin to feel UNCOMFORTABLE too

They all, feel most comfortable, when they can find a way in which to just move on ,themselves, and to therefore more or less forget about a situation of what still has yet to be remedied and attended to

This fact, is also the “best explanation”

For reason for why cult harm  is been able to continue

All around the world today, there are million and million of numbers of Christians, who can all find themselves a way in which to simply move on

This is been their common “answer” to the problem

Therefore ,this will also help to explain,reason for why they’ll feel uncomfortable

Whenever they note, how there are some other people, about, who haven’t

Once they become aware of how some people have remained “uncomfortable”

With the ongoing cult situation

This then has the affect of forcing the Christian,to have need to step out of their cozy we comfort zone , themselves

Where they’ll therefore be forced to question their own complacency

That feeling is rather uncomfortable to the believer

Generally speaking, it wouldn’t be wrong to declare

It feels foreign to believer, to have need to question validity of cults

Not something what many of them ever generally bother to do 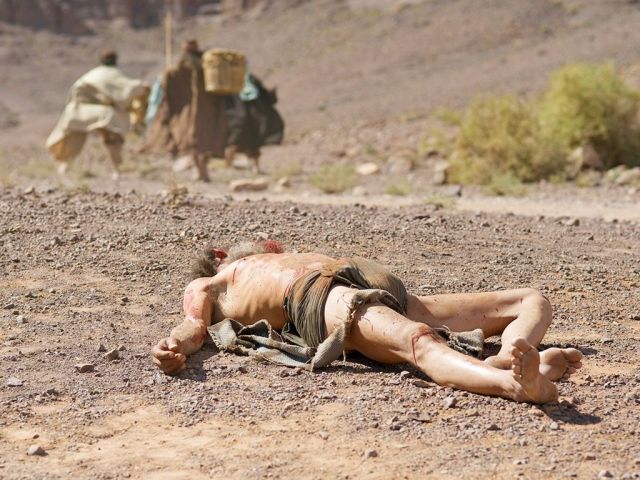 The decent way to “bless” people

Is to take action

And perhaps even to “get angry” if need be

Time is over for these platitudes

Imagine that the photo above, were to “represent” the ongoing cult-situation

We would have million upon million of numbers of Christian, worldwide, who’d all feel uncomfortable themselves, to ever need to see or hear of, anyone-else acting as if they “still felt actively outraged” about the ongoing situation with cults

They’d be trying to convince more people to try and find their own way,as well, to just be able to walk on by, and to act as if they’d found a way in which to feel peaceful about it

That’s the sad thing about religion. Jesus DIED at the cross. The spirit of Jesus has pretty ceased to exist anymore in world today

Even a atheist,like me, can sense that its happened

Who knows, maybe its “the atheist” ,who’ll have a better chance to sense that its whats happened

Its the “true spirit of” Jesus what Died and passed away ,at the cross

An atheist has no need, to need to believe that Jesus body would have need to be resurrected at the cross

The spirit of Jesus was always what “had counted” most

Sadly this spirit of Jesus has been overrun by religion. By people whom have chosen to focus on upholding religion

Even if this focus, might need to also mean, that folks would need to find ways in which to simply walk on by, and cease to feel outraged, about ongoing injustice

I'm a agnostic/atheist . Interested in learning more about science. I also am an "ex-member" of a group most publicly known within modern times, as the Exclusive Brethren. Whom are an off-shoot of the original Plymouth Brethren group. I'd say it likely my personality could possibly be described as quirky.You know ,as in being , unconventional , unorthodox , unusual, off-centre, strange, bizarre, weird, peculiar, odd, freakish, outlandish, offbeat, out of the ordinary, bohemian, alternative, zany I'm sure iv'e been classed as "crazy" . Many times But then, being born into a group like the exclusive brethren. Doesn't lend itself ? to tend to produce things considered as being "very normal" .Does it I escaped the Exclusive Brethren cult as a 15 year old teenager. Even since that time iv'e been trying to adjust to living life outside the cult. With much of my life being lived within the genre of "wild colonial boy" style. In the general sense of a church-rebel picking and choosing from role models who appeared within-life along the way. But as the exclusive brethren cult had traditionally maintained a general church-rule , of need to shun and totally excommunicate any ex member of their group.Treating such people as if they were dead. Thus this situation developed more to do with my need of following traditionally enforced church-rule , as apposed to it being so much about "life-choices". Certain emotional experiences, and parts of life in general, have led to me adopting a sense of low self esteem. Which is a situation i still deal with from time to time. Through my ongoing interest in science. I find i am able to gather more information to help me better understand my situation. Much about life for me, has often seemed like a massive puzzle.With many missing pieces.
View all posts by ExEB →
This entry was posted in Food for thought and tagged Bruce Hales, Catholic Church, Change the world, Charity Commission, Charity Status, Christendom, Christianity, Christians, Church, class action, Cult, Cult Abuse, Donald J Trump, Dr Gabor Mate, Exclusive Brethren, Faith, Faith Abuse, Federation of Centres of Research and Information on Cults, freedom of religion, freedom of speech, Gloriavale, God, Hon Winston Raymond Peters, Jacinda Kate Laurell Ardern, Jeff Sessions, Jehovah's Witness, Jesus, JW, litigation, Lord (Tariq) Ahmad, Lord (Tariq) Ahmad of Wimbledon, Mindfully aware, Mindfulness, Minister for Countering Extremism, MIVILUDES, Narcissism, Plymouth Brethren, Pope Francis, President Donald J Trump, Priests, Prime minister Jacinda Ardern, PTSD, Religion, Religious Abuse, religious freedom, religious liberty, religious liberty task force, religious tyranny, Renton Brethren, Rudy Salles, Sex Abuse, sex abuse cover up, Sheeple, Special Envoy on Freedom of Religion, Suicide, Theresa May, Vital Mind Psychology. Bookmark the permalink.