Smack in face so as to help us all learn something

Money, is generally usually fairly useless, to “the dead” people?

The problem can be, that the human brain can be so overcome by their greed, and also the greed of the people they’ll try to grovel and brown-nose up to, so as to gain the votes, that they’ll then have been inclined to try to continue to overlook these kind of thoughts

“Those thoughts slip their mind”

So as to serve ” their goal for popularity”

That can continue to happen, until such time as the reality soon-enough comes back around to smack them in face, again . So as to suddenly serve-up yet another “wake-up” call … As a reminder

That’s how it is?

Its been fairly obvious “for a number of years” already now, to any people who’d be willing to open their eyes and to consider-it, that these wake up calls were entering onto the horizon 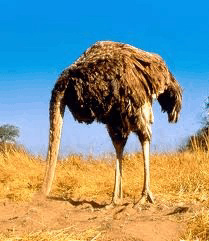 So long as they’d be willing, to at least consider-it ?

Seems totally crazy, to me, that “the wise” people, plenty of them also acting within position of politician, have not bothered. Most of them perhaps wont have even bothered to discuss it

As if, they’d have been convinced, that the future of the human health and well being, can therefore simply be able to be disregarded

As if they’d have been convinced that “the economy” and “health and well being” were like two absolutely separate issues, of what were “not at all interconnected” in any way

How could the wise, and so-called “highly educated” human, ever been able to be so wrong ?

How did that happen

Were they educated, but yet still lacking in their ability to turn toward intuition

And yet, a truly wise person, also won’t necessarily always be the “type of person” who’d see “brown-nosing” as being the only option whats worthwhile

The act of “brown nosing” their way through life, is not necessarily a “wise way” of being, for humans

There is a whole lot of “face-smacking” times ahead, appearing on the horizon, for the humans to begin to finally learn-from

Anyone of us, who’d been able to become “well acquainted” with the-use of “their intuition” will also have sensed how it was obviously heading in this direction

How do the people get to be able “to learn how to make the most of” their intuition?

Here is somebodies ideas on the subject https://www.samatters.com/intuition-come/

Anyway, i often feel like i don’t see much evidence, to suggest to me that the so called “wise people” among us (IE: the traditionally educated type) people, many of them who’d have acquired the top jobs , within our society, would necessarily be so “well antiquated” with “use of intuition”

How could that be?

Well, perhaps because our societies, have also become very well acquainted with  the idea , that perhaps “brown nosing” would be wise

We become so afraid of being alone, and/or “afraid of the thought” that perhaps we might not be seen as being so-popular (by the other sheep), so that we’d then be still able to secure ourselves a place within the flock of sheep

That therefore in a sense, we are also being led to become like-sheep, from the cradle to the grave

Everyone of us is “trying to brown-nose our way through” our lives.

Even the politician are no different. They to, will be more than “willing to agree to just step up and dance a-jig” to the most loudest drum

They don’t bother to worry to much about integrity

Who cares about integrity?

” Our integrity is being sidelined“

Been no different among the Brethren either

Same old same old usual brown-nosing “popularity bullshit” games, and even happens among the “Brethren realm” as well too

Isn’t that how we’ve been rolling

Even our politician have been led to dance the jig, unto the beat of the “popularity drum”, so that they might then gain votes

Integrity-value of whatever they choose to “say and do”

Is most often beside the point

Popularity is always what matters most of all, to sheeple human. Doesn’t it. And then even if its blind stupidity is whats-remained-popular

Human don’t care. So long as they’ll retain their own place among the popular-majority

When the universe wont play ball any longer. Throws a spanner in the works. Like a very-timely smack in the face

For starters, perhaps those human wont be able to rely on “their personal God”

Time to finally grow up?

Let go of the “personal God” cuddly rug …. Or perish

Time to open their eyes-up to finally see how closely interconnected all of life is on planet earth?

Or will the-human ,continue to “throw caution to the wind”

Just like what they’ll always usually continue to do

Continue to run their lives as if they’d be convinced that there’d be some “personal God” who’s busily looking out for them, ever ready to step in, and to remedy their mistakes of-what they make

The Pantheist styled God. The God of the universe. Would require that the human would also have need to grow to become more adult-like

The Pantheist styled God demand that human would act as adult. Live like adult.Think like an adult. As adult, then even be prepared to become unpopular. Being “that integrity” would be valuable and be most worthwhile

I sense that there are some big changes waiting in the wind. For humans. I’ve always felt this way too, for about as far back as what i can remember.

However, i still wonder whether the human will ever decide to change “their ways of being” to any great degree

Before that will ever begin to happen

First up.There will need to be many more people who’ll “be willing to” become unpopular

The same thing even apply s also among the Brethren realm, as well too

People need to become unafraid of being unpopular

Being popular isn’t necessarily always the wise way to be

I hope the-Brethren would also see reason to understand why popularity can be unwise .

Specially the youth among the-Brethren today

Perhaps “popularity and pride” can be fairly closely connected ?

Is that how it is?

Brethren had felt afraid “to become unpopular” among Brethren

The fear of losing ones own feeling of-pride

The fear of becoming one of the unpopular human’s

Integrity is soon lost, isnt it, once the-human would agree to accept the herd mentality

Is that the way it is?

Everyone soon enough become like a flock of sheep

Can the-human’s begin to alter their ways of being

Will they grow some bigger balls

I'm a agnostic/atheist . Interested in learning more about science. I also am an "ex-member" of a group most publicly known within modern times, as the Exclusive Brethren. Whom are an off-shoot of the original Plymouth Brethren group. I'd say it likely my personality could possibly be described as quirky.You know ,as in being , unconventional , unorthodox , unusual, off-centre, strange, bizarre, weird, peculiar, odd, freakish, outlandish, offbeat, out of the ordinary, bohemian, alternative, zany I'm sure iv'e been classed as "crazy" . Many times But then, being born into a group like the exclusive brethren. Doesn't lend itself ? to tend to produce things considered as being "very normal" .Does it I escaped the Exclusive Brethren cult as a 15 year old teenager. Even since that time iv'e been trying to adjust to living life outside the cult. With much of my life being lived within the genre of "wild colonial boy" style. In the general sense of a church-rebel picking and choosing from role models who appeared within-life along the way. But as the exclusive brethren cult had traditionally maintained a general church-rule , of need to shun and totally excommunicate any ex member of their group.Treating such people as if they were dead. Thus this situation developed more to do with my need of following traditionally enforced church-rule , as apposed to it being so much about "life-choices". Certain emotional experiences, and parts of life in general, have led to me adopting a sense of low self esteem. Which is a situation i still deal with from time to time. Through my ongoing interest in science. I find i am able to gather more information to help me better understand my situation. Much about life for me, has often seemed like a massive puzzle.With many missing pieces.
View all posts by ExEB →
This entry was posted in Food for thought and tagged Bruce Hales, Catholic Church, Change the world, Charity Commission, Charity Status, Christendom, Christianity, Christians, Church, class action, Cult, Cult Abuse, Donald J Trump, Dr Gabor Mate, Exclusive Brethren, Faith, Faith Abuse, Federation of Centres of Research and Information on Cults, freedom of religion, freedom of speech, Gloriavale, God, Hon Winston Raymond Peters, Jacinda Kate Laurell Ardern, Jeff Sessions, Jehovah's Witness, Jesus, JW, litigation, Lord (Tariq) Ahmad, Lord (Tariq) Ahmad of Wimbledon, Mindfully aware, Mindfulness, Minister for Countering Extremism, MIVILUDES, Narcissism, Plymouth Brethren, Plymouth Brethren Rapid Relief Team, Pope Francis, President Donald J Trump, Priests, Prime minister Jacinda Ardern, PTSD, Religion, Religious Abuse, religious freedom, religious liberty, religious liberty task force, religious tyranny, Renton Brethren, Rudy Salles, Sex Abuse, sex abuse cover up, Sheeple, Special Envoy on Freedom of Religion, Suicide, Theresa May, Vital Mind Psychology. Bookmark the permalink.